The decline of public transport started in the 70s. With Henry Ford’s invention of the assembly line car in 1908, cars became cheaper way of transportation than the public streetcars. Companies advertised the cheap gasoline prices, cheaper than the trolley fare, leading to more people switching to cars. This led to a lack of funding in public transit and had either fare prices go up, or the quality of transit go down, leading to even less ridership in a downward spiral. Ridership dropped to a third from 1950 to 1970 and stayed at the same number of riders and didn’t grow with the population. This was caused by bribes, shortsightedness, and clogged streets from car usage. An unimproved transit system became useless to most people. Nowadays, the US public transit system is so bad, the bus routes run every hour, where all over the rest of the world, the bus routes run at least every 15 minutes, and visit more places.

Now the traffic in the US is horribly congested and the broken transit system is not drawing anyone. Busses can solve this problem, but they don’t run enough, and the busses are not good. We need to update the system to have more routes, better and more busses. If our system went to half a mile from any place in the major cities, and had more frequent busses, ridership would increase exponentially, and our streets would be much less clogged. We could create a bus lane that only busses can use, or even creating new above ground bus roads which would keep busses on time. 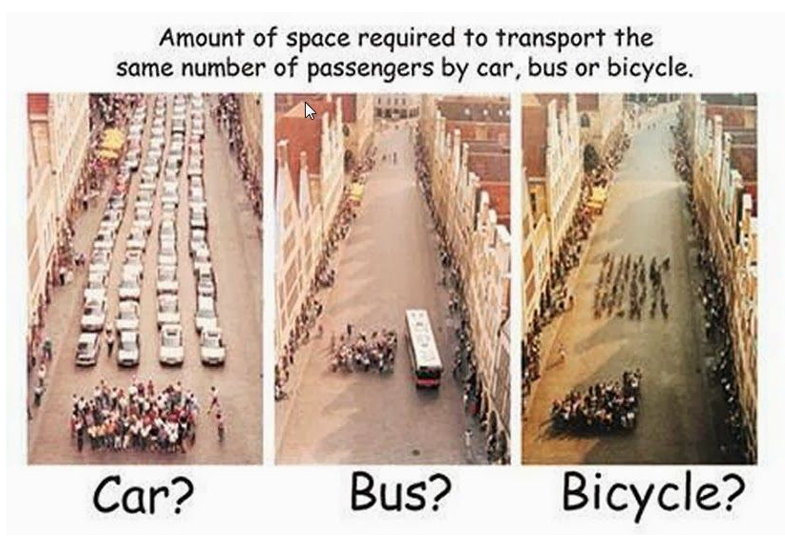 The benefits of having a proper transit system are that it’s cheaper, safer, faster, healthier, and lowers carbon emissions. A proper transit system would save $11.2 billion in gasoline across the US and would create many more jobs. Riding the bus is about 60 times safer than a car because bus drivers are given much more training to drive than a regular person getting a license. When more people use the bus, the roads will not be as clogged and the bus, and cars, will reach their destinations much more quickly. People who go on the bus, walk to their destinations after reaching their stop, which gives them much more exercise than others. This would lower obesity rates in the US. A full bus will lower carbon emissions by 5 to 10 times compared to individual driving.

Clearly, if our public transportation system is completely reworked, there will be many benefits. The US will be safer, richer, less obese, have less traffic, and have a smaller carbon footprint.

Rohan Makkar is a tenth grade student at Washington High School, who is concerned about Climate Change. He is a roboticist and computer engineer and would like to see how to improve our technology to have more positive effects.