Sports as a Tool for Unity - Student Blog
Skip to content 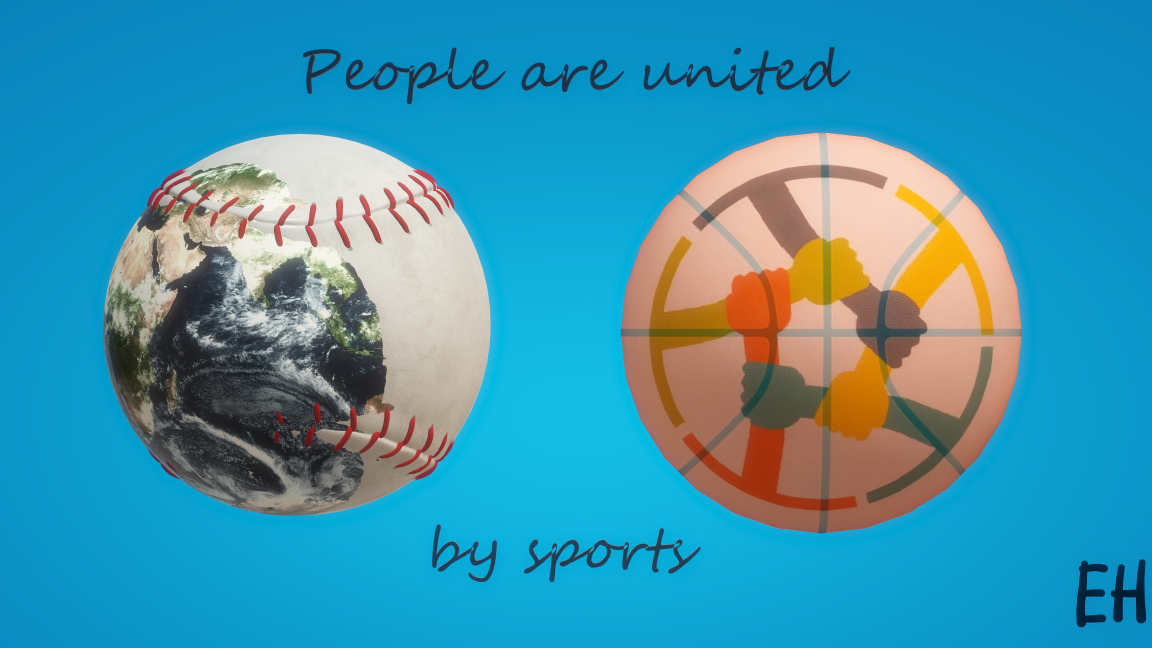 Sports are an incredible thing for communities and people around the world. They can bring people together in ways nothing else can. Not only can sports bring whole communities and countries together, they can also connect people on a personal level. Playing or watching, both are great ways to develop or maintain strong personal connections with other people. Even better, playing on a team helps make better relationships. There are many ways that sports can bring both individuals and societies together.

A way that sports can bring individuals together is through being on a team that plays a sport you love. By playing on a team with other people who probably love that sport as well, you are forced to have interactions and use teamwork and cooperation in order to play the game well. In an article on the website workinsports.com, it explains long-lasting bonds you can create with other people through sports: “It’s highly likely that you’ll make many friends for one main reason: you share the same passion for the same sport.” (Social and Emotional Benefits of Playing Sports/May 15, 2017/Samantha Rosario). By being on a team for an extended period of time facing other competition and having to overcome barriers with the other people on your team can make friendships that can last the rest of your life. The best friendships are the ones where you had to overcome hardships.

The unity caused by sports for communities is perhaps even more certain and guaranteed. For some communities, their bond to the local sports team is so strong they are almost considered part of the team. In a sports list on bleacherreport.com of twelve ways sports makes a positive impact, one of them was city pride, in which they mentioned the Seattle Seahawks fans: “There is a certain togetherness, a certain camaraderie that total strangers can achieve simply by virtue of living in the same city and rooting for the same team… Their fans are so proud and united, they consider themselves part of the team, the 12th man on the football field.” (12 Ways Sports Make a Positive Impact/February 2, 2015/Laura Depta). National unity through a sports team is perhaps even more important because national unity behind something is great during times of turmoil. The Olympics are perfect to express our support without personal beliefs or ideals in the way of national pride. In an article published to Taylor and Francis Online about a study of sports and national pride that took place in 25 countries about sports and national pride found that the majority of the countries involved had high levels of national pride in their sports.

Sports are a great way to connect personally and they help bring communities together. Whether you are playing on a team or watching from the sideline with others, get involved: it’ll do you and your community very well. The friendships you make through sports will be stronger and better than many others.

About the Author : Evan Nicholas Harris is a rising Sophomore at John F. Kennedy High School in Fremont, California. His hobbies include reading (realistic and science fiction are his favorite), catching for the school baseball team, playing video games, and, on occasion, cooking. He enjoys traveling and being outdoors with his family: his younger brother Dane, his mother Lisa, and his father Todd. He also enjoys listening to rap music to keep himself occupied. He consistently works out at home now that gyms have been closed temporarily. He enjoys high school well enough but thinks it could be a lot better in many ways.