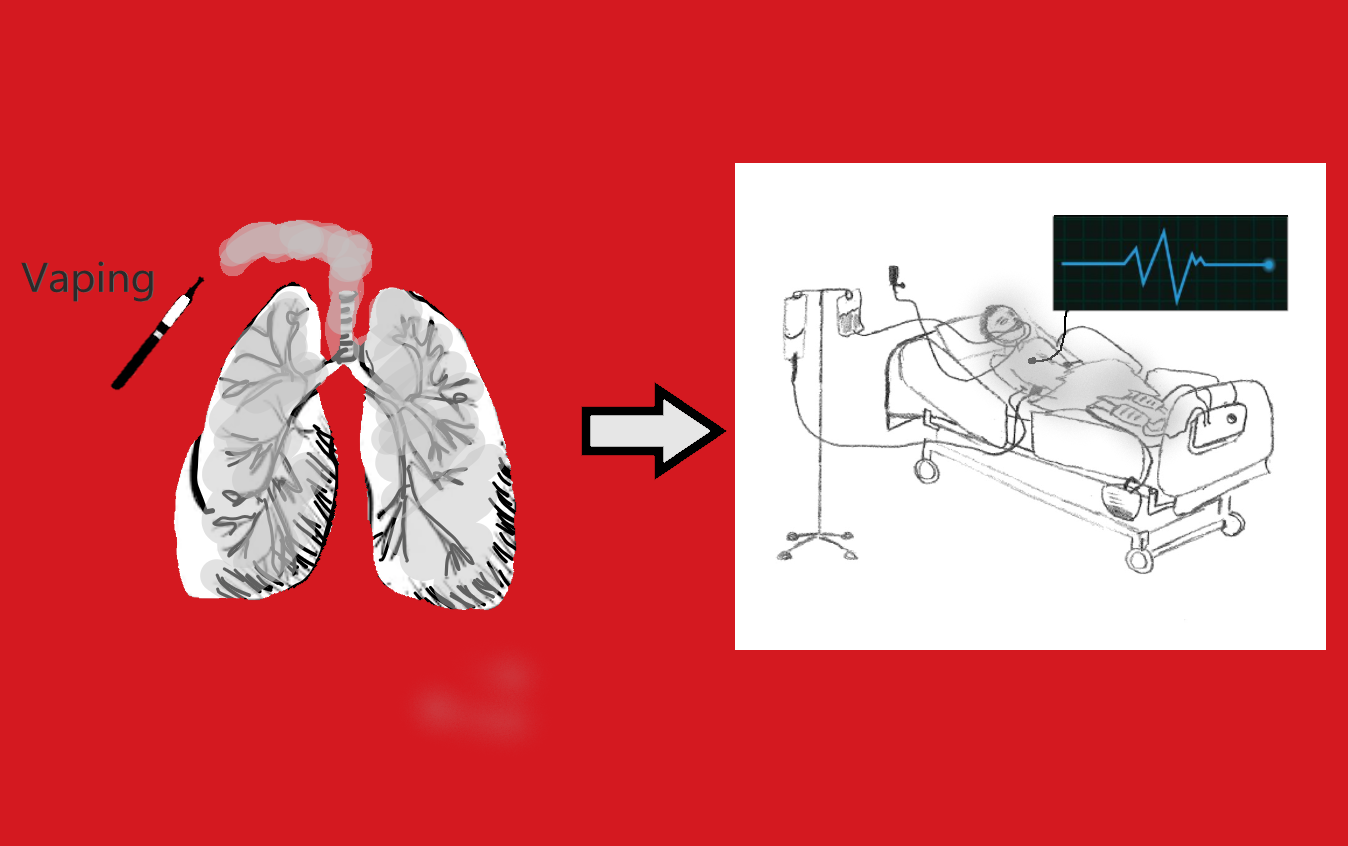 Vape pens and E-cigarettes were introduced into the market in 2007; their purpose being an alternative to smoking, something to help people with their tobacco addictions. These vape pens which were originally made for adults, are now primarily being used by teens, and it’s not for the better. Multiple illnesses and deaths have occurred from vape pens, and it doesn’t look like they will stop anytime soon.

There are now 530 cases of vape related illnesses, a substantial growth from late August of 2019, when there were only 215. Many have been brainwashed into thinking vaping is healthy and doesn’t carry any risks with it, but the opposite is true. Vaping has been linked to an increase in cancer, lung illnesses as well as other diseases. Vape pens contain high amounts of nicotine which is highly addictive, and can affect the developing brain. The FDA even warns that vaping is “not safe for youth, young adults, pregnant women, or adults who do not currently use tobacco products.”

But teens still continue to vape and it’s become more popular than ever. Robert H. Shmerling says, “According to a recent study, about 37% of high school seniors reported vaping in 2018, up from 28% the year before.” But how are these students getting access to these products? It’s because of multiple reasons, one of which is that the restrictions aren’t very tight. “Ann Arbor are selling to teens without asking for IDs,” says Sarah, the mom of a teen that was caught vaping on school grounds. Although, many places are tightening restrictions, kids can still purchase juul from the internet, by just clicking a button that says they are at least 21 years old. “The majority of adolescents I see are purchasing JUUL from the Internet,” says Dr. Taskiran.

So what are we going to do about it? I, for one, have identified this as a huge problem, and have come up with a few solutions that may help. First, there should be more awareness around vaping and its effects because many teens vape without knowing all the side effects. Another helper would be to put a permanent ban on flavors, Michigan being the first state to do this, and it could reduce the amount of vape pens sold. Marketing and ads which have been criticized by many for attracting young people to vape, should put disclaimers and additional information, because many of them are misleading. Adding on, putting a tax on vape pens could lower the sales of vape pens. 17 year old Jack Waxman says that, “It comes down to more regulation in the form of legislation, more prevention in the form of youth to youth talks, and more engagement with parents.”

Though there’s been countless amounts of studies and research into vaping, there’s still a lot we don’t know about it; things we have to figure out. We need to stop using items that are proven to do nothing but harm ourselves, or more people will be negatively affected.

Melina Mofidi is a freshman attending James Logan High School. She lives in the Bay area with her parents and younger brother. Melina is an honor roll student, is apart of the Youth Commission, a member of the Speech and Debate team at her school, an intern at #ICANHELP, and attends multiple clubs at her school. She enjoys reading, dancing, researching, socializing, tutoring, volunteering, and hanging out with her friends. She is an outgoing person who loves learning new things and wants to make a difference wherever she goes.