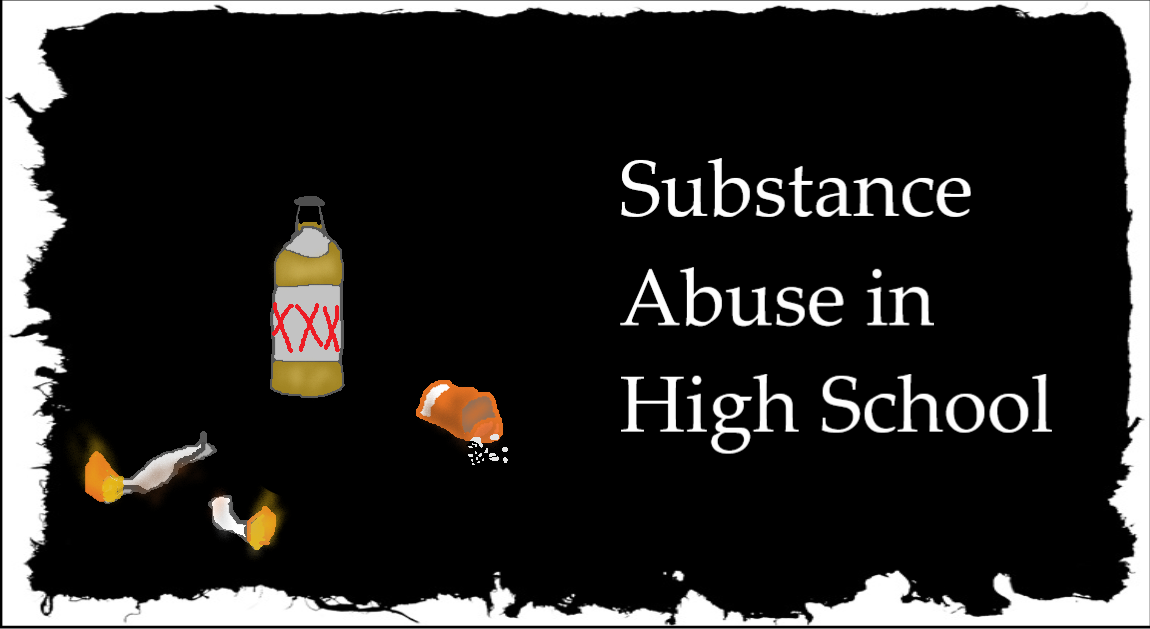 High school is a learning environment, crucial in an adolescent’s development process, and education; it is also one’s diverging point into adulthood. Despite being such an important stage of life, many tend to abuse substances which lead to detrimental effects in later life. These substances commonly tend to be alcohol, marijuana, and pills like opioids. All of which are easily available for many students in their high schools, as there are many willing to sell these substances for profit. Most students don’t abuse these substances, but for those that do, it can be difficult to fixate on why they would do so. Fortunately, there’s extensive research done on these substances which can help guide one to determine why someone may abuse them.

Marijuana is the most commonly used drug in high school, as at least 45 percent of students have tried it, but only 6 percent use the drug daily. Students use the drug to self-medicate for stress, depression, and social anxiety. Using marijuana will effectively relieve these problems, but it is a short term fix. That is, when the drug wears off, users will likely feel worse than before due to withdrawal. This is probably why some students use the drug daily— to try to rid their minds of its problems for as long as they can. This might seem ideal to some, but long term abuse of marijuana, by teens, in all forms can lead to memory problems and brain development issues; when inhaled, it can lead to breathing problems, and increased heart rate.

Alcohol is the second most commonly used substance, but it’s the most abused in high school. At least 26 percent of students have tried it, and about 17 percent abuse it by binge drinking. Much like any abused drug, alcohol is a highly addictive substance, and since it is easy to obtain, teens drink it to get away from their daily problems. like marijuana, alcohol can help one cope with stress and depression. Unlike marijuana, alcohol is much more dangerous. Long term abuse of alcohol can lead to several types of cancer, high blood pressure, irregular heart beat, liver fibrosis, and loss of attention span. Alcohol is also the leading cause of teen death, relating to drinking and driving.

Pills are currently the least commonly used substances in high school, however they are dangerous when abused. Opioids are abused by about 5 percent of  students who do so when they become dependent on the substance. Most start using them as prescribed by their doctors, but soon can’t help but take more than the suggested dose frequently due to the natural addictive properties of opioids. Abusing them is very dangerous, and overdosing can kill one almost immediately.

All of these substances can be useful to treat illnesses, but only when used properly. Marijuana and opioids can treat chronic pain, and alcohol can relieve social anxiety. However, for your own safety: resist if you can, never abuse.

Ankit Pangarkar is a rising senior at American High School, a writer, a photographer and photo editor, and a hobbyist of cars, computers, video games, and drums. He lives in Fremont, California, and prides himself as a member of the San Francisco Bay Area.